Romaric P.
Romaric is a Software Engineer, and CEO at Qovery. He has 10+ years of experience in R&D. From the Ad-Tech to the financial industry, he has deep expertise in highly-reliable and performant systems.
Stats
6 min read
Updated Oct 13th, 2020
Contents

Qovery integrates seamlessly with Github and requires no effort from the developer.

We know how it can be painful for developers to deploy applications, manage staging/development/features environments, synchronize databases and all system stuff - even in the Cloud.

Developers should spend time doing what they love - developing applications, instead of wasting time on configuring databases, CDN, cache, network... That's why we decided to create Qovery. The first Container as a Service platform that allows any developer (junior, senior, backend, frontend...) to deploy applications in just a few minutes.

Before you begin, this guide assumes the following:

Qovery is fully integrated into Github. Basically, you just need to have a .qovery.yml and a Dockerfile at the root of your project. Once it is done, commit and push your code. You’re done!

Commit and push your code

Congratulations, you have deployed your application. 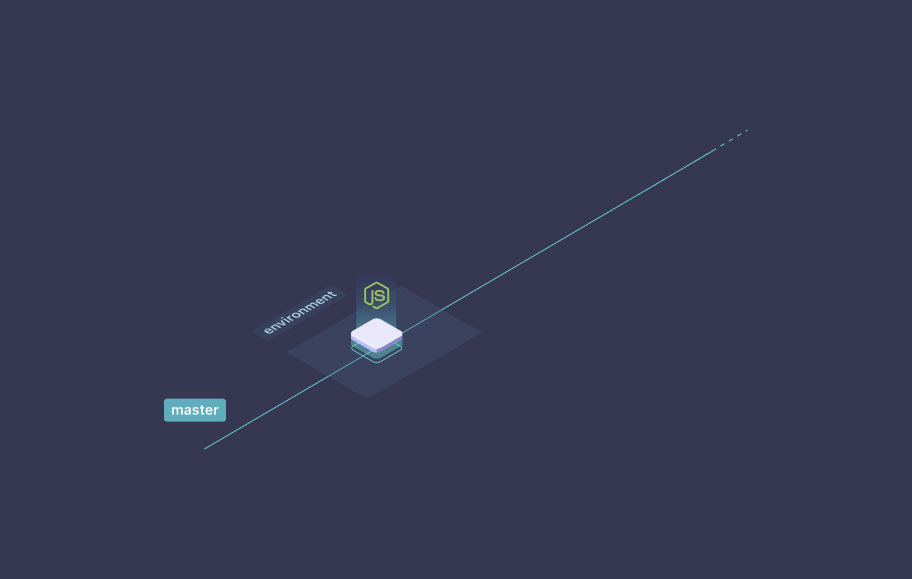 You just have modified your app and you want to deploy it? Well, it’s straightforward, just commit, push and that’s it!

Oh! you miss something and you need to rollback to a previous version of your application? No worries, it's as simple as one command

Sometimes you want to validate your code in a staging environment before putting it in production. That’s why we created the concept of “Environment”. Which is having isolated applications and services (databases, brokers, storage) for each branch. There is no risk to impact the production if something bad happens. 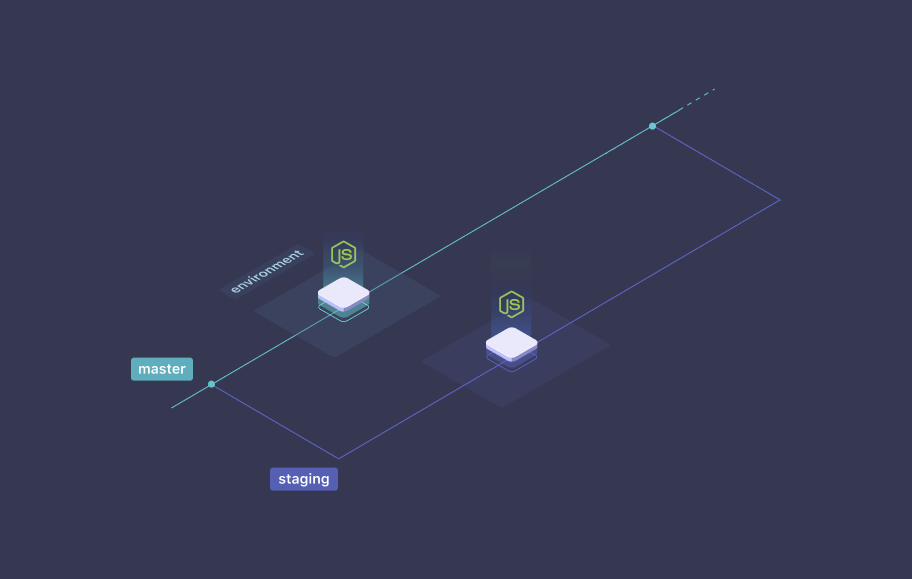 And obviously, you can track the status of your deployment in real time 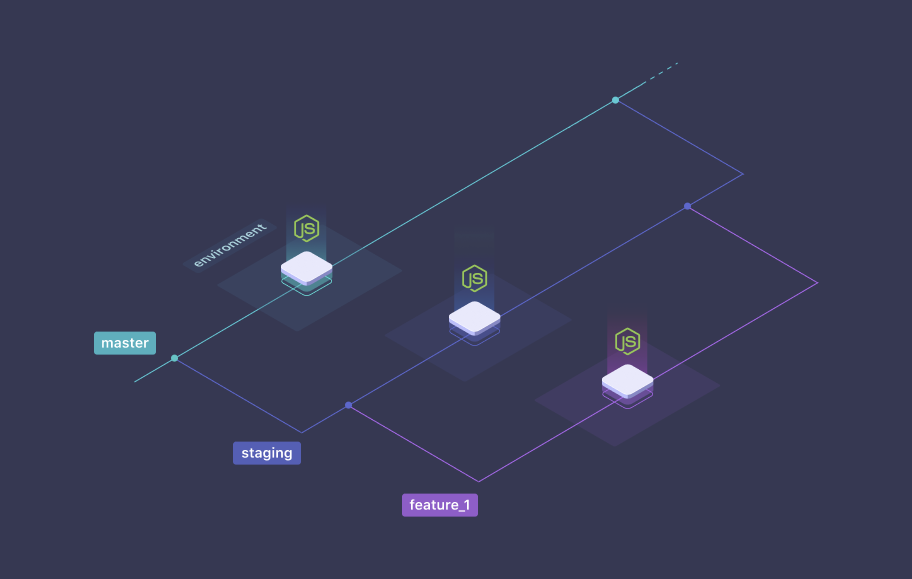 Do you need a database? We support the most popular SQL (PostgreSQL, MySQL) and NoSQL (MongoDB, Elasticsearch, Redis, Memcached, Cassandra) databases. Thanks to AWS managed services for the reliability and the performances.

Supporting a database is as simple as updating the .qovery.yml

To deploy the PostgreSQL database you need to commit and push the .qovery.yml 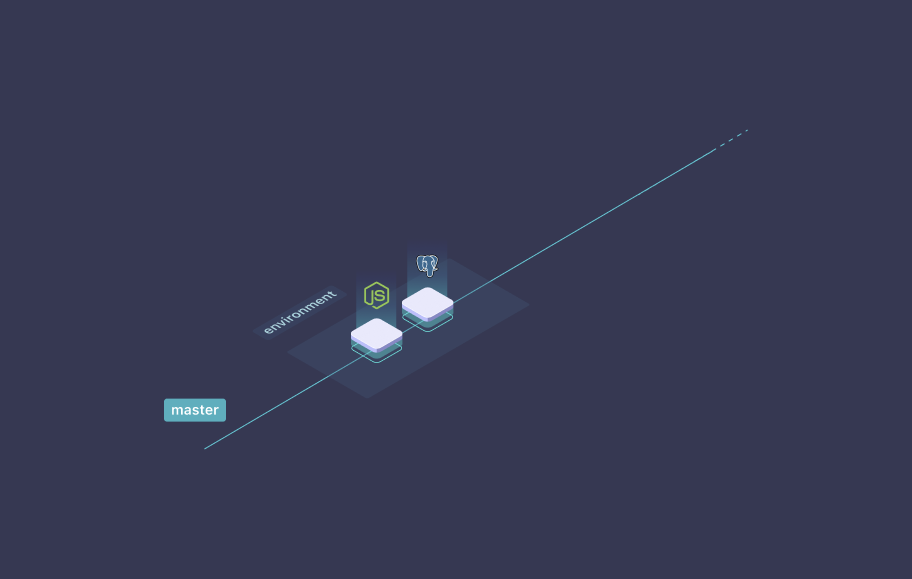 #What is going on if I create a new branch with a database?

The database and all its data are cloned as well. Note: If you don’t want to clone the data, it is as well possible. 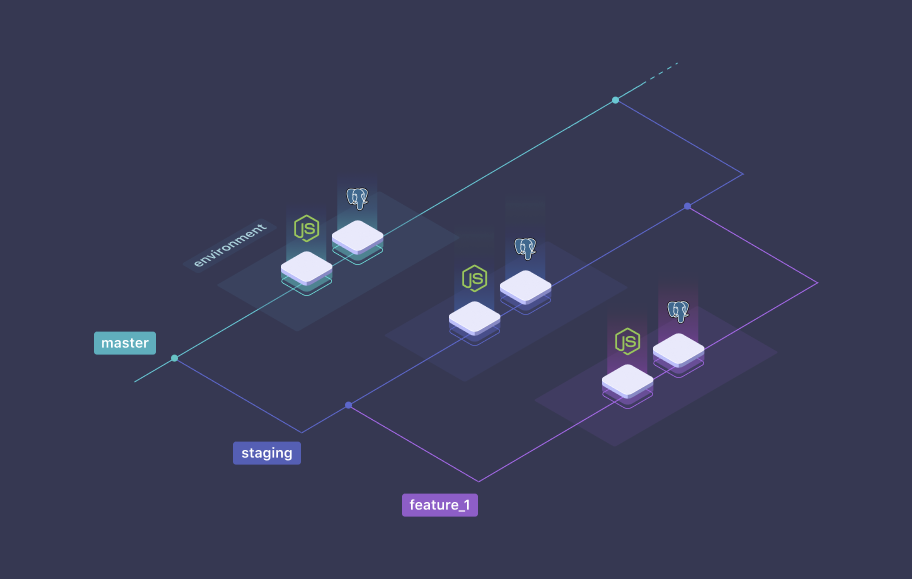 #Multiple applications and databases in one project

Let’s imagine that you need to have a backend API and a frontend website that work together. These 2 apps belong to the same project. Meaning, they need to communicate with each other within the same environment. Obviously, this is natively possible with Qovery. 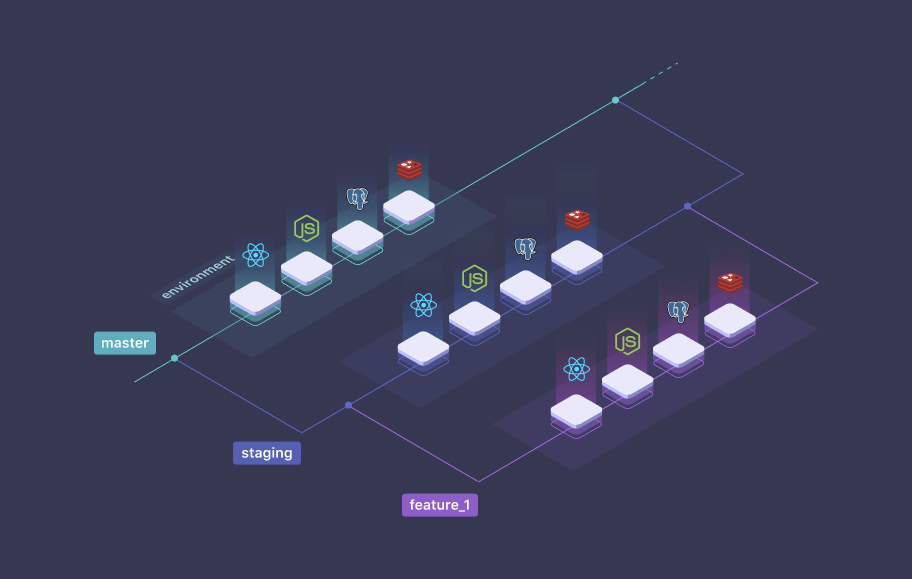 You can note that they have the same “project” name. This is the parameter to make them belong to the same project. On the other side, routers have different properties to properly route the traffic according to their application.

Qovery is the swiss army knife of all developers who want to deploy their application while staying focused on their code. No need to learn how to use AWS to deploy on it. Our goal is to provide the best developer experience ever.